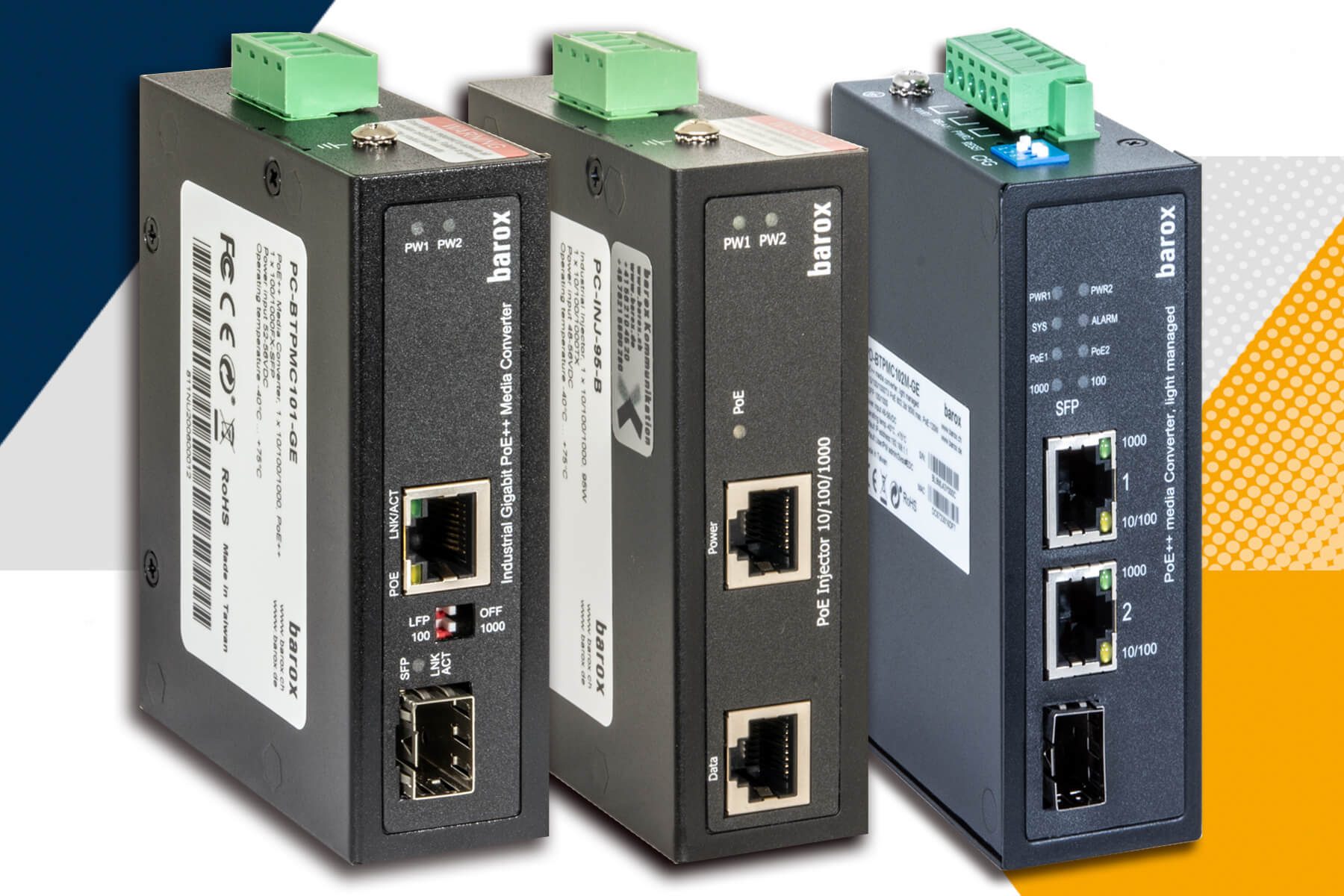 Rugged and compact, the new DIN rail mountable media converters provide a high-quality, high-performance product line, supplying for some models up to 120-watt PoE, PoE+ and PoE++, in compliance with IEEE802.3af/at/bt. Their rugged industrial design and wide operating temperature range (-40°C to +75°C), makes them suitable for external applications (in a cabinet / enclosure).

For general video transmission applications, the media converter PD-BTPMC102M-GE has one optical SFP port with 100/1000FX and two copper ports with 10/100/1000TX, supporting PoE 802.3af/at/bt up to 90W per port and 120W in total. Its management functions allow the PoE to be controlled, including monitoring of the connected port devices. In addition, the connected lines can also be monitored remotely. The supplied mounting accessories make it easy to mount the media converter on a DIN rail or wall.

The industrial media converter PC-BTPMC101-GE is ideal for applications with high data loads, such as video over IP or video streaming. The media converter has one optical SFP port and one copper port with 10/100/1000TX supporting PoE 802.3af/at/bt, and can supply POE up to 90W. The delivery of 90W PoE makes it ideal for deployment in systems with high power draw, such as PTZ camera domes, LED illuminators, wipers and heaters - negating the need for a network injector. The similar new PC-BTPMC101-10GE features the same specification as the above media converter but differs by sporting a 1G/10GSFP uplink.

For those requiring the robust supply of PoE, the barox range of  industrial PoE injectors, the PC-INJ-Series, features the same compact, DIN-mountable design, especially developed for use in harsh / remote environments. The range of injectors have two copper ports (Data and Data + PoE) with 10/100/1000TX. Depending on the model, they can share a maximum of 30, 60 or 95W PoE.